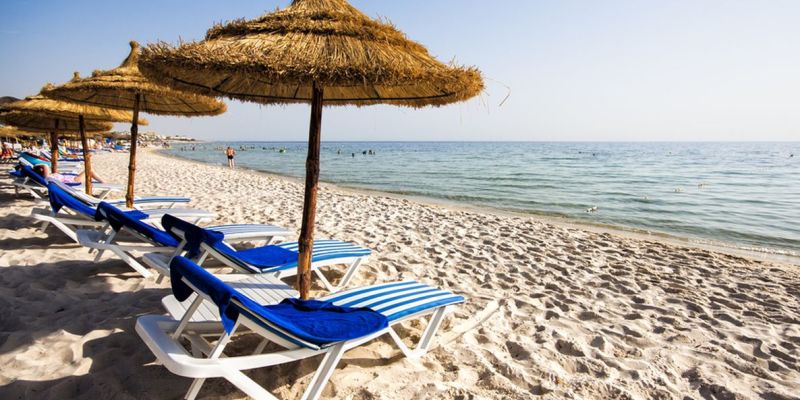 A beautifully cultured city, Tunis is located on the Mediterranean Sea, behind Lake Tunis and the port of La Goulette. Tunis extends along the coastal plain and the hills that surround it like a jewel on the edge of the sea.

Tunis is built on a hill slope down to the lake of Tunis. These hills contain the places Notre-Dame de Tunis, Ras Tabia, La Rabta, La Kasbah, Montfleury and La Manouba.

Tunis offers a poignant and important chapter in history. The Carthaginian Empire, Rome’s enemy, was once centered in Tunisia. Its capital, Carthage, is now a suburb of Tunis.

Holiday vacationers must see La Goulette, Tunis’ trading harbor, from which ferries leave for the other side of the Mediterranean Sea.

This location was very important strategically in the 16th century. The ruins of the Kasbah Fortress can still be seen.

At Tunis’ center lies the historical medina. It is a true architectural wonder and became a UNESCO Humanity World Heritage site in 1979. Lined with covered passages and alleys, the medina is a vibrant and colorful area of trade. Merchants display leather, tin, even delicate filigree to the holiday vacationer. The air is filled with intoxicating scents and spices.

The ancient medina will enchant visitors with a living museum, centers of trade and learning, and restaurants, mosques and ancient palaces. Beautiful jewelry, incense, brass and olive wood shine in the sun. Brightly colored garments and carpets dazzle the eye. Beyond such souvenirs lies the Mosque of the Olive Tree, El Zitouna, old as the town itself.

The modern city, or Ville Nouvelle, is reached through the Sea Gate (known as the Bab Bhar). The central thoroughfare is Avenue Habib Bourguiba. This avenue has been described as the Tunisian “Champs-Élysées”).

Beyond the medina lie the suburbs of Carthage, La Marsa and Sidi Bou Said. Being the capitol, Tunis is a modern and actively city outside the medina. Chrome and glass mark a sharp contrast from the ancient medina, as well as the modern hotels, bright yellow taxis, and chic boutiques. Cafes and gardens provide a moments’ rest.

Holiday vacationers will love to stroll down Tunis’ shade tree-lined avenues. Flower stands provide splashes of color, bookstores and galleries await exploration. The Cathedral and the statue of Ibn Khaldoun mark the upcoming gateway to the ancient medina.

After a day of exploration, holiday vacationers will delight in Tunis’ fashionable and trendy restaurants. Pan-Mediterranean food, homemade pastas and seafood are remarkable. Vacationers can even eat in a grand 18th-century mansion in the heart of the medina, the Dar el-Jeld, which serves some of the best Tunisian food in the country. Traditional seafood and lamb dishes will amaze the palate.

Tunis offers a warm and enchanting world in which to explore. Holiday vacationers will never forget Tunis’ wonders, its foods or its people.