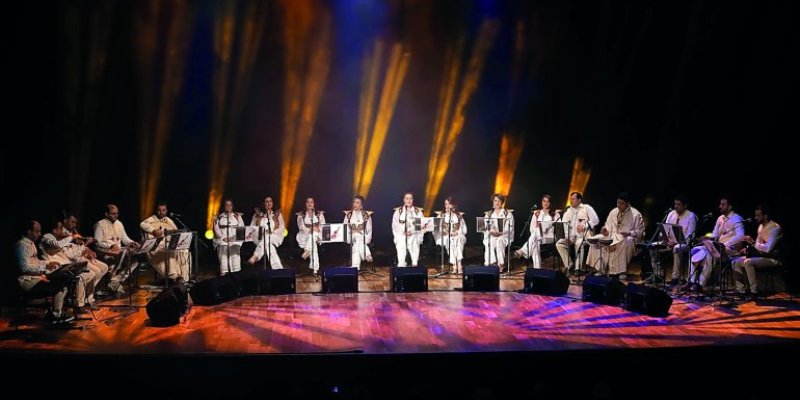 An example of these influences is the Malouf, an ancient form of music from Andalusia after the Spanish conquest in the 15th century. Malouf was shaped by Turkish music during the Ottoman era. The International Congress of Arabic Music was presented an innovative exploration of Tunisian music in 1932. This revolutionized Arab music world wide.

The Rashidia, founded by artists and supporters of Malouf music, promoted the preservation the malouf in 1934. Supported by the Tunisian government, Malouf music is known as a symbol of “Tunisian national identity.”

Malouf is founded on a classical Arabic poetry identified as qasidah. Modern Malouf is different from the ancient malouf once played, although Berber influence can be heard in its rhythms. While it retains its roots in Portugal and Spain, modern Malouf has a similarity to Turkish classical music. Modern Malouf is performed by small orchestras of violin, drum, sitar and flute. Malouf is played in public at ceremonies and weddings.

Another example of the outside influences to Tunisian music is the introduction of the Nuba, a form of music brought to Africa by Muslims from Spain. Traditionally there were twenty-four Nuba, one for each hour of the day. Legend tells of a distinct nuba for each day, holiday and event, although only thirteen nuba remain. The nuba is divided into several sections, and each section has a distinct rhythm as in the remaining 13 nuba.

Tunisian music changed dramatically in the 1930s with the birth of Radio Tunis. This introduction provided a wider platform for musicians to broadcast their finest. Within thirty years, Tunisian Radio and Television saw an upward surge in orchestral performers and composers. Melodic songs and rhythms flourished. By the 1980’s, however, a significant reflection of Tunisian music began. Performers, composers and musicians felt Tunisian music to be stale. An injection of fresh writing techniques and creativity spawned innovative and modern songwriting.

Tunisian music was reborn in the late 1990’s with the advent of popular western music, as well as the music of Arab origin. Today, Egyptian, Lebanese and Syrian music is very popular, as well as rock, hip-hop and jazz.

Touched by its many influences, Tunisia has maintained its musical identity. Only a land so rich in historical significance and beauty could offer music equally as compelling. Tunisia, a country of intrigue and beauty, has flavored its music the same.